The destruction of the ancient town of Hasankeyf by the Turkish government has drawn anger and disappointment to many people all over the world. Unfortunately, the submersion of the early Mesopotamian settlement is now imminent.

In 2014, Hasankeyf made international news headlines as stories emerged that the ancient site, still the home of 2,500 people today, will be submerged upon completion of the Ilisu dam just about 25 miles (approx. 40 km) downstream from the town.

The construction of the Ilisu dam has been very controversial, as it is expected to raise the level of the Tigris by nearly 60m (197ft), which inevitably will submerge 80% of the ancient city and several villages nearby. It will also destroy more than 300 historical sites that have yet to be excavated, and ruin the fragile ecosystem of the Tigris, as The Guardian reported in 2017.

This is seen as an incredibly tragic event by many archaeologists worldwide, as no temporary government (anywhere in the world) has the right to destroy our ecumenical human heritage. Nevertheless, PRI reports that:

“A final, last-ditch effort to stop the dam with a lawsuit in the European Court of Human Rights was rejected this spring on the grounds that the protection of an individual’s cultural heritage is not a universal right.” The Ancient Mesopotamian Town of Hasankeyf

Hasankeyf is one of the oldest ancient sites in the world with evidence of human settlement. Dating back 12,000 years, it has been home to virtually every major Mesopotamian civilization, and it has seen immense transformations over its long life-span, from a Byzantine bishopric to an Arab fortress and an outpost in the Ottoman Empire.

Hasankeyf is rich in history throughout the ages and thousands of caves exist in the cliffs that surround the city. Many of the caves are multi-storied and have their own water supply. Churches and mosques were also carved into the cliffs and numerous ancient cemeteries exist throughout the area. However, all this history is about to be lost. The Turkish Republic ordered the construction of a hydroelectric dam and pushed on with it even after Western investors pulled out from the project in 2008, according to PRI.

Across the river from the ancient town is the modern town of ‘New Hasankeyf’, where some of the historic monuments have been moved into an open-air museum. PRI reports that much will still be lost under the waters,

“The historic pieces that could not be moved, such as the ruins of Hasankeyf’s 12th century stone bridge, have been fortified with concrete in preparation to be submerged. Others, such as ongoing archeological digs, will flood where they sit.”

The 12,000-year-old settlement of Hasankeyf is located on the banks of the Tigris River in south-eastern Turkey, not far from the border with Syria. The Ilisu Dam is expected to generate nearly 2% of Turkey’s electricity and create an 11-billion-cubic-meter reservoir, sinking the ancient city and dozens of towns on the Tigris River in the process. The Turkish president Recep Tayyip Erdoğan told a rally in a city near Hasankeyf in 2015 “With the Ilisu Dam, Turkey will gain great power. This will be an important dam to satisfy our thirst.”

The president has also allegedly likened opponents of the Ilisu Dam to terrorists, making protests a risky business. Thousands of People Will be Displaced Because of the Dam

Ercan Ayboga, an environmental engineer with the Initiative to Keep Hasankeyf Alive, told The Guardian that around 80,000 people would end up displaced because of the dam. Government sources claim it’s 15,000 people and some other sources state the number is around 50,000.

Many of the people who are re-located will lose their livelihoods as well, and because of the need to take out loans to pay for new homes, thousands will be left impoverished.

During the summer of 2009, Germany, Switzerland, and Austria removed any financial support for the Ilisu dam, expressing fears about the negative impact the project could have on a social, environmental and cultural level. The Turkish authorities, however, managed to secure €1.1 billion in domestic financing and proceeded with the project despite a pending court decision at the time at the European Court of Human Rights.

The international community has openly challenged the Turkish government’s arbitrary decisions as the Ilisu dam isn’t expected to last a hundred years, even though the catastrophe of the flimsy natural environment will be irreparable. Ayboga explained to The Guardian:

“The Tigris river basin is one of the last areas where a river runs freely in Turkey without having been dammed. The dam will completely destroy the river banks. The microclimate will change due to the dam, a phenomenon we have already seen after the dams on the Euphrates. The biodiversity will suffer; the rich variety of plant and animal life will be severely diminished.” 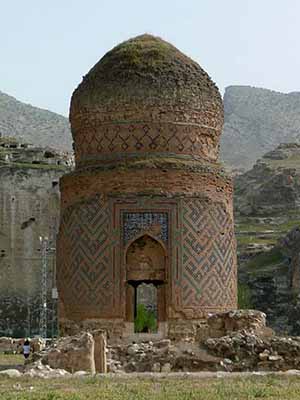 Zeynel Bey’s tomb has already been removed from the area in preparation for flooding ( CC BY-SA 3.0 )

Perspectives on the Imminent Loss of Hasankeyf

Ultimately, no other could describe the disaster better than locals resident. One man told Deutsche Welle, “They are not only destroying our past but also our future by taking away this as a source of income and heritage. We would like to apologize to the future generations for allowing this.”

And a woman named Fatima has lamented to PRI, “Do you see all these old places? We are the owner, but today we are homeless.”

Omer Guzel, a government representative in Hasankeyf and a member of the ruling AK party, told PRI, “We were born and raised here, so of course, moving somewhere else creates a bit of sadness. But this is the decision that has been made, and we have to respect it.” He said to the same source that he is hopeful that tourism and income will still flood in after Hasankeyf is gone.